Pierluigi Collina at the 13th edition of the Combis Conference 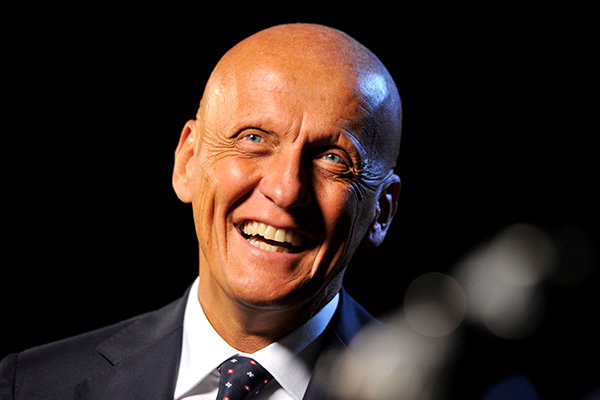 Posted at 11:00h in Uncategorized by Tamara Rožić
0 Likes
Share

Combis Conference will be held on the May 30th and 31st in Vodice.

The thirteenth edition of the Combis Conference, one of the largest regional technology conferences, will take place on Thursday and Friday, May 30th and 31st, at the Olympia hotel complex in Vodice. The keynote lecture will give a former football referee and one of the most famous people on the planet Pierluigi Collina.

In his lecture named “How to be successful on the field“, Collina will reveal to the audience what it takes to be the best and stay the best in what we do. Openness to changes and improvements Collina considers crucial in business development, along with a healthy dose of self-criticism, because the goal is always the same – being one step ahead and seeing every change as an opportunity.

Since the main theme of the Combis Conference is Going Beyond Ideas, the keynote lecture perfectly rounds up the reflection on the available potentials for realization of the idea. Of course, if we know how to recognize potentials, if we know the game, and are open to learning and adapting to new conditions, which are greatly dictated by technology. Both in football and in business.

Pierluigi Collina has refereed at the highest level including the 2002 World Cup Final and the 1999 Champions League Final. After his retirement Collina led the Italian Serie A referees and then appointed UEFA Chief Refereeing Officer. Currently he is the Chairman of the FIFA Referees Committee.

Collina, widely considered to be the greatest football referee of all time, is known for his inspiring presentations filled with anecdotes and life stories that are full of humor.

You can find more information about the Conference at the 13th Combis Conference web site.

Our website uses cookies to provide you with the best experience possible. By continuing your visit on our site, you agree to the use of cookies.
You can find information about the cookies we use or options for turning off cookies in settings.

If you disable these cookies, we will not be able to save your settings. This means that you will need to approve or block cookies during each website visit.

Marketing cookies are used to track visitors across websites. The intention is to display ads that are relevant and engaging for the individual user and thereby more valuable for publishers and third party advertisers.

First, enable the strictly necessary cookies so we can save your settings!